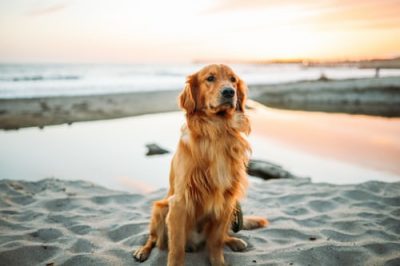 During the summer of 2018, the U.S. Food and Drug Administration (FDA) issued a release to the public regarding a possible link between grain-free dog foods and a type of heart disease called dilated cardiomyopathy (DCM). Considering grain-free dog foods have dominated the pet industry for several years now, and the majority of dogs in North America are fed grain-free foods, this release was immediately followed by panic and uncertainty among dog owners far and wide.

Unfortunately, the viral nature of the FDA’s inquiry has led many in the pet industry to jump to conclusions, quick to demonize all grain-free pet foods, along with the companies that make them.

Why is the FDA Investigating Grain Free Dog Foods?

In July 2018, the FDA released an alert to the public regarding the possible connection between grain-free pet foods and heart disease – specifically dilated cardiomyopathy (DCM). This release was made public after a significant increase in the number of reported dogs diagnosed with DCM over the last five years. From January 1, 2014 to April 30, 2019, the FDA received 524 reported cases of pets with DCM; 515 were dog reports, and 9 were feline.

On June 27, 2019, the FDA released a list of sixteen pet food brands, and their possible connection with canine heart disease. In this release, which implicates many of today’s best-selling pet foods, the FDA also stated “the FDA doesn’t yet know how certain diets may be associated with DCM in some dogs”. Many found this release to be premature, and the question that was on the minds of many pet owners was why release a list like this without any conclusive evidence to back up these claims?

This is the primary reason why pet owners are so frightened and confused when it comes to this FDA investigation; they are not sure what to do and it is making their heads spin. Now, droves of pet owners are ditching grain-free diets for grain-inclusive alternatives. As more information is released by the FDA over time, hopefully we will develop a better understanding of the connection between grain-free dog foods and heart disease.

What is Dilated Cardiomyopathy (DCM)?

DCM is a potentially fatal form of heart disease that causes the upper and lower chambers of the heart to enlarge, resulting in the weakening of the heart muscle. This disease causes fluid accumulation in the lungs, and compromises the heart’s ability to pump blood throughout the body. DCM can lead to congestive heart failure.

There are many dog breeds known to have genetic predispositions to DCM, including Labrador Retrievers, Golden Retrievers, Boxers, St. Bernards, Cocker Spaniels, English Setters, and Great Danes. Of all the dogs included in the FDA’s investigation, upwards of thirty-percent were breeds with DCM predispositions.

Symptoms of DCM include: decreased energy, lethargy, difficulty breathing, shortness of breath, chronic loss of appetite, and persistent cough. There are medications available to temporarily help the heart’s performance, however, by the time these symptoms are present, the disease is typically at an advanced stage.

At the centre of the FDA’s investigation is taurine. Taurine is an amino acid with many important roles, most notably normal heart function. Insufficient levels of taurine increase the risk of developing heart disease, like DCM.

Healthy dogs are capable of synthesizing taurine naturally from other amino acids found in dietary proteins, mainly methionine and cysteine. This is why, for dogs, taurine is not considered to be a mandatory nutrient. One of the reasons why many large breed dogs are predisposed to DCM may be due to their lower metabolic rate, which may affect taurine production in the body. Cats, on the other hand, require taurine supplementation as it cannot be adequately synthesized within the body.

It is important to note that many dogs diagnosed with DCM have perfectly normal blood taurine levels, and contrarily, many dogs with low taurine levels show no signs of DCM whatsoever.  This alone implies the investigation into DCM is a complicated problem involving many metabolic factors and is far from being fully understood.

What Role Do Grain-free Dog Foods Play In The FDA’s Investigation?

The FDA’s investigation began after increased incidences of DCM were reported among pet owners in the United States. One of the common factors among these reports is the high percentage of DCM-afflicted dogs on grain-free diets, and diets containing carbohydrate-rich ingredients like peas, lentils, and potatoes. This possible connection is what has caused so much sensation among the dog-owning community, resulting in concerned dog owners abandoning grain-free dog products altogether. It is important to note that the FDA has documented DCM in dogs on diets containing both grain-free and grain-inclusive ingredients.

When it comes to DCM, there is still much to be learned, and the truth is nobody really knows (yet) if any combination of these ingredients causes DCM. It is estimated that of the 77-million dogs in the United States, 0.5%-1% have dilated cardiomyopathy, with 0.1% suspected to have diet-related heart disease, however this has yet to be scientifically proven. Despite the FDA’s best efforts to date, there has been no conclusive, causative scientific evidence linking DCM to grain-free diets.

One of the primary theories up to this point is it may not be the grain-free component that is the problem, but rather the inclusion of certain plant-based ingredients commonly found in popular grain-free dog foods. It is suspected that high concentrations of ingredients like peas, legumes, lentils, and potatoes may negatively interact with the canine body’s ability to produce and/or process taurine, possibly leading to taurine deficiencies. Many find this interesting, because in the FDA’s investigation, not one vegetarian or vegan dog food was implicated. These entirely plant-based diets contain some of the highest levels of peas, lentils, and potatoes.

There are many layers to this investigation that have not yet been fully studied. Whether it’s genetic predispositions, dietary factors, or something we are not yet aware of, there is no reason at this time to make any drastic changes to your dog’s diet until there is conclusive evidence. The best thing a dog owner can do to protect their pooch from DCM is to ensure their dog is on a diet consisting of unprocessed whole foods; high in protein and rich in amino acids, particularly cysteine and methionine. Naturally rich sources of these amino acids include turkey, chicken, fish, eggs, and beef.

What To Do If You’re Concerned About Your Dog Eating a Grain Free Dog Food?

If you are concerned that a grain-free diet, or a diet containing peas, lentils, or potato is not suitable for your dog, there are plenty of healthy alternatives. Consider First Mate’s Grain Friendly Chicken & Oats or NutriSource Lamb & rice, for example.  Dog owners have the luxury of choosing among several high-quality, Canadian-made pet foods that are grain-inclusive, and do not contain peas or lentils. If you would like to further discuss your options with regards to DCM-friendly dog foods, we are happy and eager to help.

With that said, if you suspect your dog may have symptoms of DCM, please see your veterinarian immediately. In many cases, symptoms of DCM are not visible until the pet is already critically ill. Regular veterinary checkups are incredibly important, and should not be overlooked. Remember, Canadian Pet Connection is an independent, family-owned company specializing in pet nutrition for almost thirty years. We do not have any biases towards recommending one type of food over another. We help our clients find the right products based on their unique individual needs.

One friendly word of caution: Be wary of Veterinary offices (or anyone else for that matter) claiming there is evidence linking certain pet food brands to DCM. To the FDA’s own admission, there is still no proven connection between any grain-free pet food and dilated cardiomyopathy. Unfortunately, it has come to our attention that certain vet clinics in North America are taking advantage of their position in hopes of promoting their own veterinary-exclusive products. Some clinics have even gone as far as demonizing specific popular pet food brands, and may be manipulating their clients’ trust for monetary gain. Learn more here. That’s not to say all Veterinary offices are doing this, but please be aware of anyone using this predatory practice.

We are at your service if you would like to discuss food options for your pet.