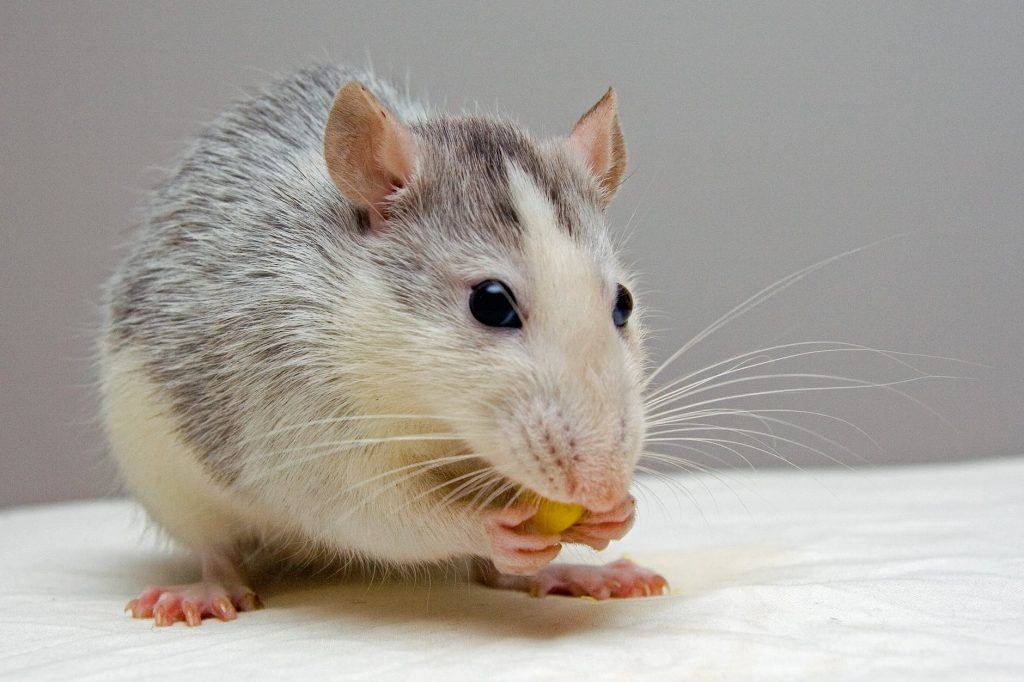 Many people have aversions to rats, and the thought of having them as companion animals can seem pretty gross. Common rat-related stigmas are mainly rooted in the way rats are portrayed in movies and on TV, as aggressive, dirty, and disease-spreading pests. Just the thought of a greasy sewer rat can immediately send shivers down your spine. But did you know that rats are the perfect small pet?

Many people don’t recognize the distinct differences between wild rats and domestic rats. In fact, the differences are similar to those between a wild coyote, and a domesticated poodle. This may come as a surprise, however, there is a growing collective of passionate rat-owners doting over their rodent companions.

But why are rats the perfect pet?

Rats are exceptionally intelligent. They’re naturally curious animals needing plenty of stimulation throughout their day. Rats have the capacity to learn quickly, especially when compared to other small “pocket pets” like hamsters and gerbils. They can learn countless commands and tricks!

In recent years, scientists have learned a great deal about the complexity of a rat’s brain. Rats are capable of advanced cognitive functions that few animals can match. The structure of a rat’s brain, though not as complex as a human’s, is remarkably similar to ours.

Though once thought to be blind, it has recently been discovered that rats have advanced visual acuity. They can recognize and select randomized 3D objects, even when the object has been shrunken or turned around. Rats can even tell the difference between a movie starring a rat, and one without rats! Many scientists argue that rats are smarter than dogs.

Rats love to be social and interact with others. They get excited to see their owners, too – just like dogs. Rats enjoy being with other rat friends, and communicate by making high-pitched sounds that humans are unable to hear. They bond with other rats, and form emotional families.

Rats have the ability to form strong bonds with humans, and can be deeply affectionate pets. When raised in the right environment, rats are gentle, and unlikely to bite or show aggression towards people and other rats.

Considering feral rats are portrayed as filthy vermin, it can be difficult to understand how vastly different domesticated rats are. Surprisingly, rats are considered among the cleanest small pets to own. They strongly dislike being dirty, and as a result they spend a great deal of time grooming themselves. As a way of showing affection, rats like to groom each other, and will huddle into groups to groom their friends. They rarely require grooming or bathing, unless they’re elderly or unwell.

Rats Are Trainable and Fun

Rats love to learn! Combine their complex intelligence with their high food-motivation, and you have an eager pet willing to do anything for a tasty treat. Because they’re so intelligent, rats also require a lot of stimulation, and teaching new tricks is the perfect way to keep them entertained. Rats can jump through hoops, roll over, and even play a rat-version of basketball (YouTube it!). They can also navigate mazes and solve puzzles with their profound problem-solving abilities.

Compared to other exotic small mammals, rats can be less expensive to care for. They need a habitat, bedding, food, and water. Because they’re quite small, rats don’t require a large cage like rabbits and guinea pigs. Since they are very clean animals, rats tend to designate one part of the cage as their bathroom, so nesting and bedding material last much longer. Good-quality rat foods are pretty affordable, too, especially when purchased in bulk.

Although they get a bad rep in the wild, domesticated rats can be the perfect pet. Rats could very well be the ultimate companion animal, but I’m sure dog owners may beg to differ.

Brandon Forder would love to answer your pet-related questions, and your query might become an article on our website. Email Brandon with your question.

Finding the right cat litter can be a gamechanger for cat-loving households, which is why this Odour Buster cat litter review will help you make an informed decision. We love this Canadian brand, that focuses on controlling unwanted odours. There are several options to significantly reduce litter box odours, and selecting the right cat litter... Read more