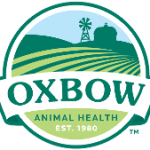 Oxbow Alfalfa Hay is grown for its vitamin and nutrient density and is a superior source of nutrition for small animals. Oxbow Alfalfa Hay is higher in calcium, protein, and energy than grass hays. This makes it much more palatable. Because of this, they stimulate the appetite and are useful for small animals that are young or lactating Alfalfa hay is also perfect for small animals who are ill or post-surgery. For mature pets, small amounts of alfalfa hay can be fed as a nutritional treat, but not as a long term diet.

Oxbow’s Alfalfa hay is carefully baled at night, so the leaves and stems are softer. Alfalfa is also a source of important minerals, including phosphorus, potassium, magnesium, sulfur, iron, zinc, and selenium. Comes in a 15 oz bag or 9 lb box.

Why We Recommend Oxbow Alfalfa Hay:

Only logged in customers who have purchased this product may leave a review.